The Calvin and Hobbes Wiki
Register
Don't have an account?
Sign In
Advertisement
in: History, Food villains 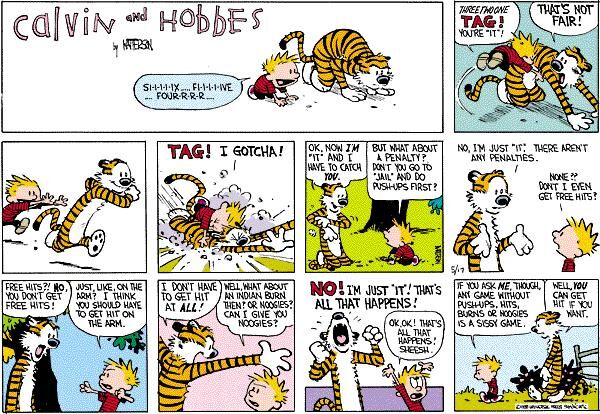 Above is the original strip in the normal format. It is printed in three rows, and takes up half of the newspaper comic page. 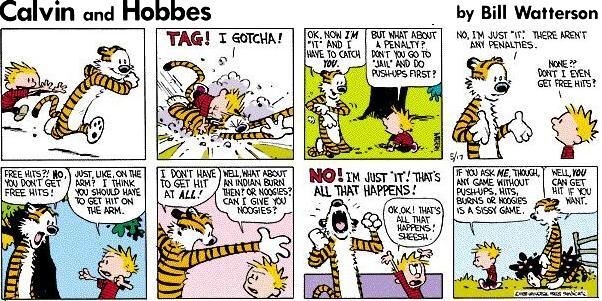 Above is one way newspapers could reduce the space the strip takes up. Some papers would remove the top row of panels to make the strip only take up a third of a page. As a result, Watterson and other cartoonists would have to waste those panels on "throwaway gags." 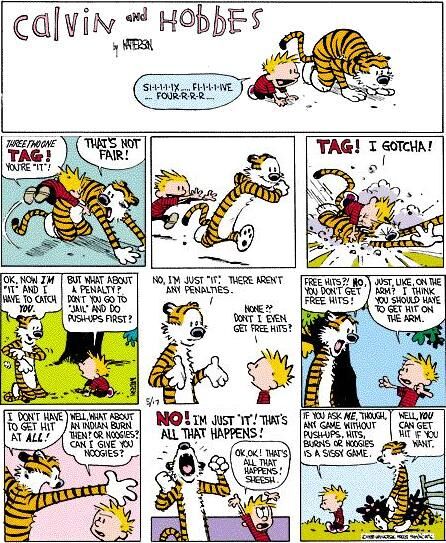 Above is Calvin and Hobbes in yet another format. When Sunday comics were refitted for the earlier book collections (up to Attack of the Deranged Mutant Killer Monster Snow Goons), they would be refitted so they could be placed vertically, as opposed to horizontally like in the newspapers. 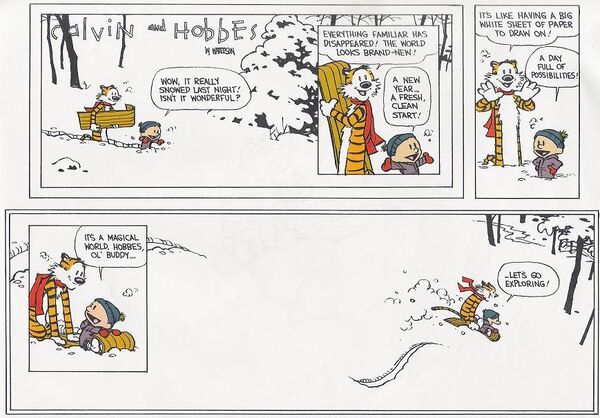 Above is the 1992-revised, unbreakable 1/2 page Sunday format. Its structure can not be refitted on account of alloted space, and so preserves the integrity of the strip. However, Universal Press Syndicate, having faced a firestorm of ill will by declaring that Calvin and Hobbes would only be printed in the half-page format, also offered a much reduced version of the strip, which would allow it to fit in 1/3 page or 1/4 page slots while still freeing Watterson from the panel constraints of the old format.