Calvin's father often tries to make his son build character. He does this by making Calvin do things he hates, most notably camping.

Once, Calvin wonders why his parents can't buy a snowblower, instead forcing him to shovel by hand, and yells to his dad from outside. He comes out the door and tells him that it builds character and to keep at it. Calvin remarks that it's "Pretty convenient how every time he builds character, Dad saves a couple hundred dollars."

In one comic from December 1990, Calvin puts on his father's glasses and combs his hair to look like his dad, and says "Calvin, go do something you hate! Being miserable builds character!" Calvin's mother bursts into laughter but Calvin's dad says he's "sarcastic". In another strip, Calvin makes a snow sculpture of him shoveling the walk while one of his dad hits him with a whip.

In one strip, early in the Calvin and Hobbes history, Calvin asks what is in his food. His dad responds by saying, "Taste it, you'll love it." Calvin says, "Oh yeah? And what if I don't love it?" "Then it will build character." his dad says.

Ways in which Calvin "builds character"

Calvin's dad has told him many things build character, such as:

Other things have been mentioned that "build character". Even though Calvin hates building character, he is still forced to. He thus used this as a factor in his dad's low polls. 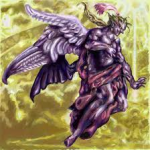 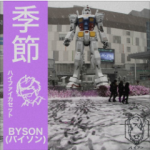