Amy is a character mentioned in Calvin and Hobbes. She was mentioned in a single strip of a single story arc. In it, Calvin pleaded to his mother to get a different babysitter than Rosalyn. His mother then replied that a certain Amy just laughed when called, implying that she was a previous babysitter to whom Calvin had been problematic. 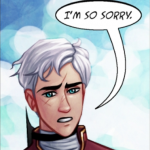